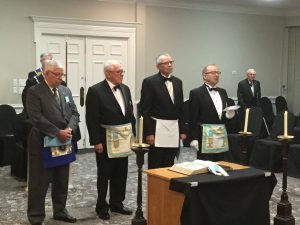 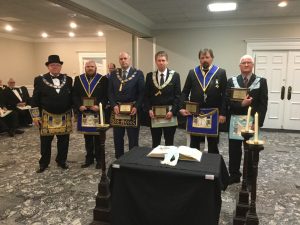 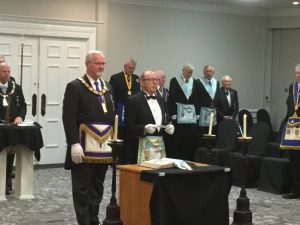 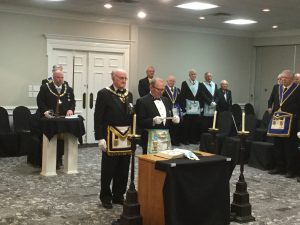 Introduction of W Bro Bradford Ripley, Grand Lodge of Rhode Island and the Providence Plantations and Honourary Member of the GLPEI 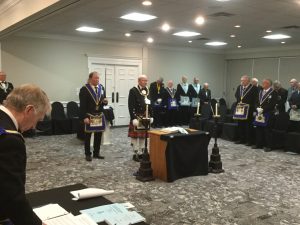 Introduction of RW Bro Robert Ellston, Senior Grand Warden of the Grand Lodge of Rhode Island and the Providence Plantations 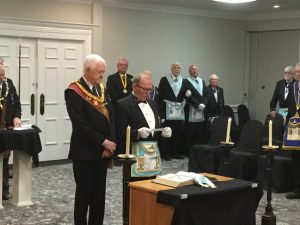 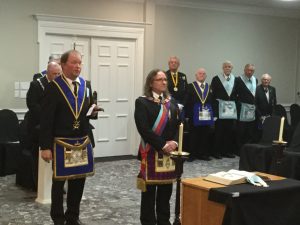 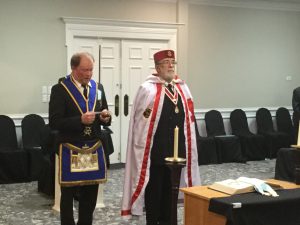 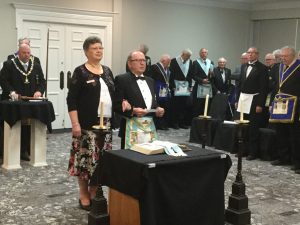 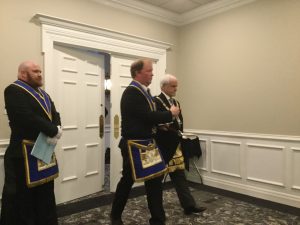 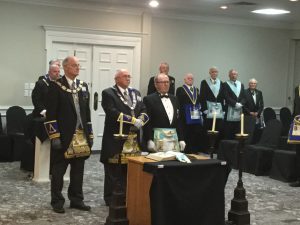 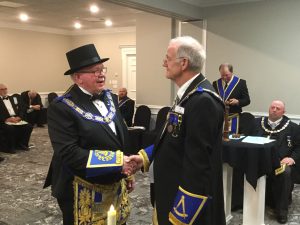 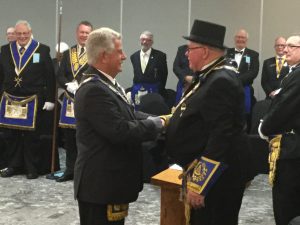 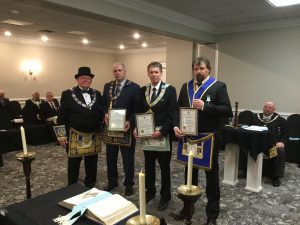 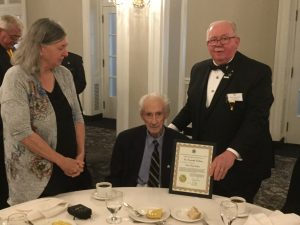