Prince of Wales Lodge No. 18 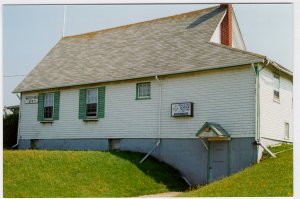 Meets 1st Tuesday at 7:30 pm each month except July & August
in the lower floor of the Wheatley River Hall
(On Route 224, up driveway south west of Wheatley River bridge)

A History of Prince of Wales Lodge, prepared by V.W.Bro. Huntley Dingwell as part of the Sixtieth Anniversary of the Lodge, 1987

File of Early Documents Pertaining to the Establishment of Prince of Wales Lodge, 1923-36, (two binders) Compiled by V.W.Bro. David Hooper, 1997

The first recorded discussions on the formation of a Lodge of Freemasons in Hunter River were held in 1923. It was four years after those initial meetings that Prince of Wales Lodge was chartered. The Brethren in the Hunter River area who had been attending Prince Edward Lodge in Stanley Bridge desired a Lodge closer to their homes in the interest of travel.

A copy of a resolution of Prince Edward Lodge No. 14 dated January 6, 1923 indicates that a Petition from ten Master Masons to establish a Lodge at Hunter River had been received at Prince Edward Lodge and that it was considered of “manifest propriety” to authorize the Petition for a Dispensation from Grand Lodge. The letter to the Grand Master was signed by the Lodge Secretary, W.Bro. R.J. Anderson PM. (File of Early Documents Pertaining to the Establishment of Prince of Wales Lodge, 1923-36) The records of Prince Edward Lodge show that Bro. R.J. Anderson served as Worshipful Master in 1923 and was elected as Secretary of the Lodge for the first time in 1926.