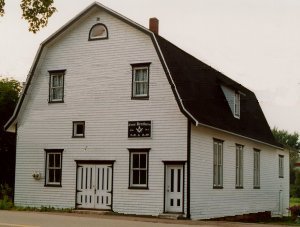 Meets 2nd Tuesday in each month at 7:30 pm
except July & August at the Masonic Lodge, Highway 13, Crapaud
(North off Trans Canada Highway, immediately on East side of road, next to Dawson Funeral Home)

The Warrant from the Grand Lodge of England to establish True Brothers Lodge in Tryon was dated January 28, 1869. The petitioners for the Warrant were Alexander Dunbar, John Muirhead, John Lang, John MacWilliams, Henry Twining, John D. Reid, Albert Compton and others. The first principal Officers were

True Brothers Lodge was No. 1251 on the Registry of the Grand Lodge of England and the number was inscribed on the Worshipful Master’s Jewel that is still in use in the Lodge.