The Zetland Lodge No. 7 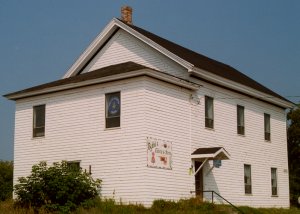 Meets 2nd Thursday in each month at 7:30 pm in the Masonic Lodge, Poplar St., Alberton (At lights, take first street east off Main Street South, 2nd building on left, opposite Post Office.) NOTE: Lodge is in darkness during January and February due to poor driving conditions.

Several of the Brethren in Alexandra Lodge in the 1860’s resided in or near the new community of Alberton. As a convenience for travel those Brethren petitioned the Grand Lodge of England to establish a new Lodge in Alberton. On November 6, 1867 a Charter was issued to Zetland Lodge No. 1200 E.R. The Lodge may have taken its name from the Grand Master of the Grand Lodge of England at that time. Thomas Dundas, the Second Earl of Zetland, succeeded the Duke of Sussex as Grand Master in 1844 and held the Office until 1870. The petitioners named in the Warrant of Constitution were Neil Woodside, John D. Hubbard, John A. Matheson, Herbert Bell, John Yeo, John Montgomery, Thomas Adams and James Barclay. The new Lodge was called to meet on the second Thursday of each month and that stipulation has been continued ever since. (Zetland Lodge was permitted to retain the Original Charter when the Grand Lodge of Prince Edward Island was established in 1875. That Charter hangs in the Lodge Room above the Senior Warden’s Station.)