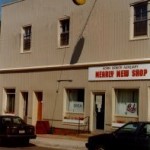 Meets 1st Monday at 7:30 pm in each month at the Masonic Lodge, 596 Main St. South, Montague (North side, across from Hillside Inn, near intersection with Wood Island Road.)

On May 17, 1861 the Grand Lodge of England issued a Warrant for the constitution of a Lodge of Freemasons in Georgetown. The Warrant was in response to a Petition from nine Brethren who were Master Masons in one of the two Lodges in Charlottetown. The new Lodge was registered as St. George’s Lodge No. 1168 E.R. and was at that time the only Lodge of Freemasons east of Charlottetown. The Lodge was renumbered 866 E.R. in August 1863.